MOST AIRBAG FAULTS CAN BE FIXED ON THE SPOT AT NO EXTRA CHARGE. Like the engine computer and ABS computer, the airbag control module runs a self-check every time the vehicle is driven. If it finds a fault in a crash sensor, one of the car airbags, the wiring or itself, it will set a code, turn on the airbag light and disable itself. You can drive the vehicle with the airbag light on but the car airbags will NOT deploy should you be involved in an accident. You should have the problem diagnosed by dashwarninglights and any defective parts replaced at your earliest convenience, the airbag light can then be reset.

After a crash and the car airbags have been changed the module must be changed or the airbag light will stay on. Side airbags can be in the seat or in the door and even in the roof above the head, the picture below is a BMW airbag in the drivers door with the door trim removed. 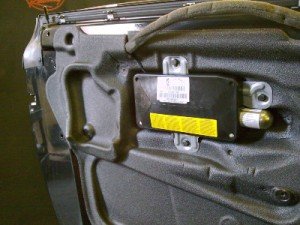 Side car airbags have also started to appear in cars recently. These work in a similar manner to front airbags, but are located either in the side structure of the car or in the seats.

As their name suggests, they are designed to inflate and protect the occupants in a side impact. The seat airbag wiring is a common fault for the airbag light to be on. 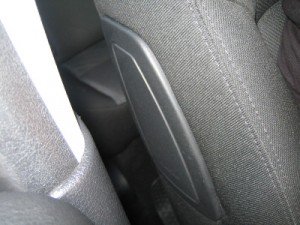 Below is a side and roof airbag deployed after a crash 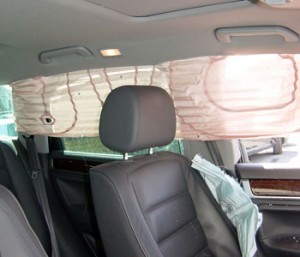 Front car airbags operate in a severe frontal collision. Crash sensors detect the sudden reduction in speed and send a signal to the airbag inflator which fills the airbag with a gas. Full inflation occurs faster than the blink of an eye. The airbag begins to deflate instantly, in a controlled way, to cushion the impact. 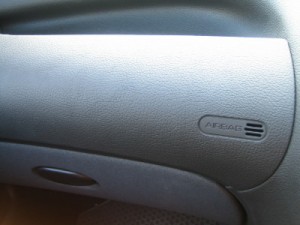 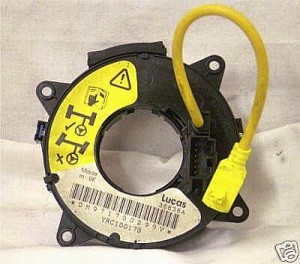 The idea of a pretensioner is to tighten up any slack in the belt webbing in the event of a crash. Whereas the conventional locking mechanism in a retrator keeps the belt from expanding any further, the pretensioner actually pulls in on the belt. 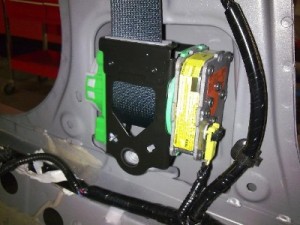 This force helps move the passenger into the optimum crash position in his or her seat. Pretensioners normally work together with conventional locking mechanisms, not in place of them.

There are a number of different pretensioner systems on the market. Some pretensioners pull the entire retractor mechanism backward and some rotate the spool itself. Generally, pretensioners are wired to the same central control module that activates the car’s airbags and if faulty will cause the airbag light to come on. 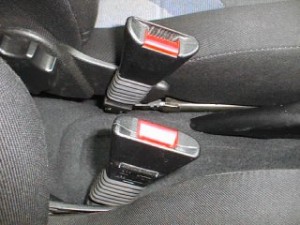 The control module monitors mechanical or electronic crash sensors that respond to the sudden deceleration of an impact. When an impact is detected, the processor activates the pretensioner and then the airbag. 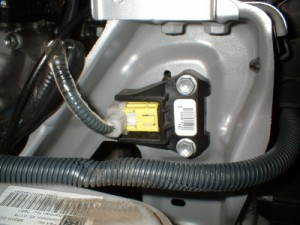 After a crash a faulty sensor can cause the airbag light to stay on or in some cars internal sensors can suffer from water damage under the carpet, this also causing an airbag light problem.

In this modern day, where customer service and customer satisfaction are so often ignored by suppliers, it has been truly refreshing to meet someone who is dedicated to going the extra few yards when fixing clients problems. Your knowledge and understanding of complex vehicle electronics was clear to see and through sheer determination and commitment you managed to solve a problem today in the Airbag System within my Mercedes that would have taken my local dealer hours and hours to diagnose and fix.